If you were in London over Christmas, then you may have been lucky enough to sample one or more Christmas menus from famous restaurants and high end hotels dotted around London.  A city full of gastronomic delights, there was something to suit every taste bud, whether you were after traditional turkey and all the trimmings, or festive dishes that were a little more exotic. 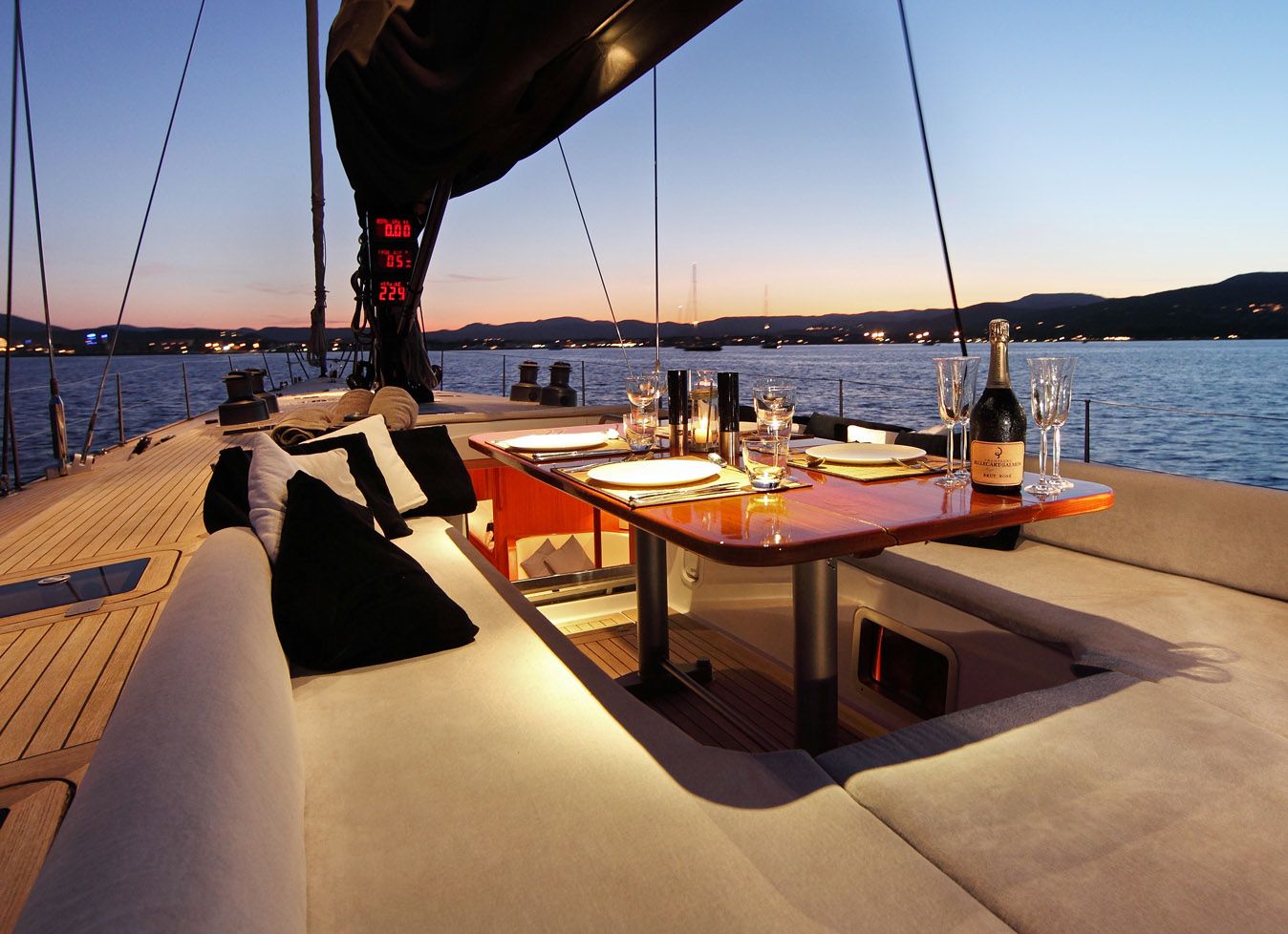 2.L’Atelier de Joel Robuchon, Covent Garden
There is something really theatrical about this restaurant, and its dark interior only adds to its sense of mystic.  They offered a 7 course Christmas menu comprising of traditional festive ingredients, but they were used in new and innovative ways.  Imperial caviar on a symphony of salmon tartar, poached turbot with Champagne sauce and a white chocolate dessert with poached pear, chestnut and black truffle mousse were the clear standouts.

3.Sushisamba, Bishopsgate
Ever thought of having a fusion of Japanese, Brazilian and Peruvian cuisines for Christmas?  If you had gone to Sushisamba in December, you would have been graced with dishes like lobster taquitos, honey orange glazed picanha and Robata suckling pig anticuchos.  There were also some ‘Santa rolls’ on offer – think sushi with butterfish, tempura avocado, tempura flake, kanpyo, red currant fruit, tofu powder, aji Amarillo and sweet soy sauce.

4.House of Ho, Soho
Of course, it wouldn’t be Christmas without something special from someone in the world of celebrity chefs.  Bobby Chinn opened The House of Ho earlier in the year, and the restaurant features Vietnamese cuisines which Chinn perfected during his years of working in Hanoi and Saigon.

5.Alain Ducasse at The Dorchester, Mayfair
If you were looking for London city suites for your stay in the capital, then you would have come across The Dorchester Hotel in your research.  Not just a place for high end hotel accommodation, The Dorchester is also famous for its restaurant run by Alain Ducasse.  It is one of UK’s four 3-Michellin star restaurants, and is booked out on most nights.  Its Christmas menu wasn’t cheap at £150 without wine, but it consisted of six amazing courses which included cauliflower veloute, delicate royale and black truffle, simmered halibut, butternut squash and toasted hazelnuts, and much, much more.

Montcalm Brewery Hotel London did a great deal to make sure guests felt the festive spirit over the holiday season, as they had specialhotel packages that included mince pies, wine, festive music and in-room novelties.

9.The Cinnamon Club, Westminster
London is renowned for its fantastic Indian food offerings, and the Cinnamon Club provides a fine example of the great dishes that can be created with spices from the sub-continent.  The Christmas menu at this venue included a 4 course meal featuring dishes like Keralan-style lobster soup flamed with brandy, as well as South Indian-style stir-fried goose breast with red onion, curry leaf and layered paratha.

More from my site

INTRODUCING THE CONFERENCE ROOMS AT THE MONTCALM BREWERY

14 Fun Facts About the Houses of Parliament

Anastasiya - April 9, 2020
0
The Houses of Parliament are without doubt one of the most famous spots in London, as well as the seat of the UK government....

Breweries and Pubs That Encapsulate the History of London

7 Things in London You Should Do More Than Once

A Vegan’s Guide to London

How Much Should You Tip at 5 Star Hotels in London

A Guide to Tipping Etiquette in London

JOGGING AND CYCLE ROUTES TO DODGE THE CITY POLLUTION